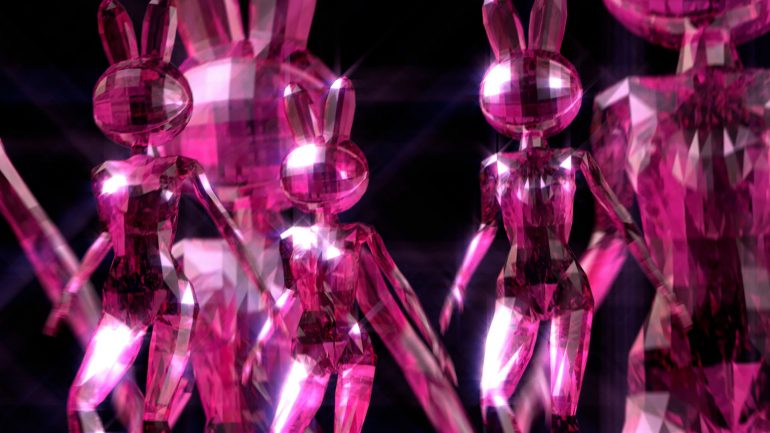 Disconnector, Death, Disco and the pursuit of pleasure.

The idea behind Disconnector

Disconnector is an extrapolation of contemporary digital communication of kawaiesque teenage lovers into the physical part of a relationship. It is inspired by couples in Hong Kong that don’t seem to communicate with one another verbally and face to face, but through little screens, with the simplified vocabulary of SMS acronyms. The 70ies Disco soundtrack was chosen to contrast the frigid technology-aided second decade of the 21st century and to emphasize the power of real human physical contact.

Get the soundtrack here on iTunes!
Get the collectible toy here!!