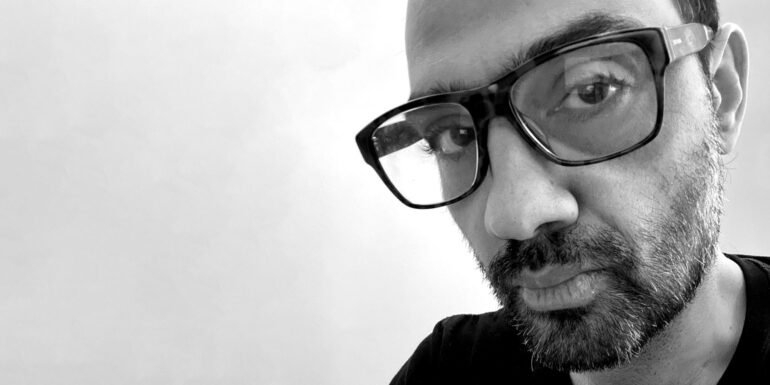 Faiyaz Jafri was born and raised in rural Holland of Dutch and Pakistani descent. He studied at the Technical University of Delft (MSc) and is self-taught as an animation artist and music composer. His work has been exhibited in the form of print, paintings, video installations, animations and life-size sculptures all over the world. Jafri’s award-winning films have screened at prestigious festivals and museums, and he has worked for commercial clients including, IBM, Coca-Cola, and Ford. He is the founder and curator of the Third Culture Film Festival in Hong Kong and a part-time professor at Parsons School of Design and Queens College in New York.

Jafri’s art explores Jungian archetypes in the modern world, distilling the pop references of mass media and global popular culture into a visual shorthand of neo-archetypes. Realizing early on that a computer could draw a straighter line than he ever could, Jafri started using computers as soon as the technology became more readily available. In 1987 he began making his first illustrations on an Apple computer using basic vector imaging software. Cumbersome and limited as these programs may seem now, they were perfect for Jafri’s already pictographic style. As the technology evolved, his work developed from flat line art into a stripped-down 3D computer graphics style he calls hyper-unrealism.