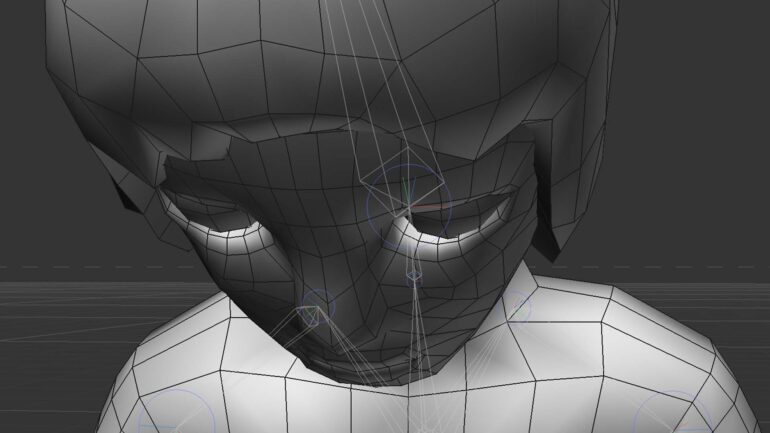 The Art of Wasting Time

Plotlessness, wordlessness, slowness, and alienation are good adjectives for life in the time of COVID-19. They are also Harry Tuttle’s four criteria for slow cinema, a consequence of transcendental cinema. Thanks to Paul Schrader’s essay Rethinking Transcendental Style, I have a rudimentary comprehension of Gilles Deleuze’s movement-image editing and time-image editing. A man exits one room, shot of him entering another: movement-image editing. A man exits one room, screen lingers on the empty room: time-image editing. Slow cinema asks what happens when the movement-image becomes the time-image, and action becomes duration. It moves away from the narrative, delaying edits, not moving the camera, devoid of underscoring and coverage, and heightening the mundane. Not to divert, entertain, and amuse, but to bring you closer to the mystery. Slow cinema doesn’t bother with staging, the hierarchy of information, or Hitchcock’s rule of composition. It leaves it up to the viewer. It invites you to wander around the screen; it’s an open-world video game without a joystick, surveilling actively passive.

Traditionally emotions are guided by the cutting pattern, movement-image editing. It’s fast and easily digestible, especially when a well-curated score facilitates it. Our evolved knowledge of film grammar and our conditioning to complete an on-screen action is what filmmakers use to manipulate us and tell us how to feel. As our bandwidth to process visual information is growing exponentially, cuts are getting shorter. Everything is speeding up, the singularity is near, but most stories still conform to ancient slow structures. Time-image editing creates introspection. We not only complete the narrative, but we make new ones. When there is no cut, your eyes start doing the editing—Bazin scholars call this the democratization of the eye. Action and empathy pull the commercial train of cinema forward. Transcendental style in film employs withholding techniques, breaking away from film grammar and syntax, and commercial cinema. It is all about time, often making something take longer than we have been conditioned to expect. Chantal Akerman’s Jeanne Dielman, 23, Quai du Commerce, 1080 Bruxelles (1975) portrays the life of a housewife. She employs surveillance techniques to document long uninterrupted sequences of mundane housework. Akerman stated that “a hierarchy of images” that places a car accident or a kiss “higher in the hierarchy than washing up … And it’s not by accident, but relates to the place of woman in the social hierarchy … Woman’s work comes out of oppression and whatever comes out of oppression is more interesting. You have to be definite. You have to be.” Reasonable_2 (2020) by COLL.EO, is a commentary on police brutality in the USA, utilizing a hacked Grand Theft Auto game engine. It depicts a shooting of an autistic man by an off-duty police officer. All of the action takes place in the first two minutes ending on a high-angle shot of the murder victim. The film then holds this frame for three hours, forcing us to think about the event. The animated stasis becomes a reflective tool that is more powerful than a newscast. I curated this film in my Overdrive program for the Supernova Digital Animation Festival. I screened a version that holds only five minutes. Still, at the end of a 90-minute program, it was long enough to be transcendental, long enough to be noticed, long enough for the audience to become aware of everyone else’s thoughts, long enough to feel the sharing of discomfort. When is a film too long? Roger Ebert says that no good movie is too long and no bad movie is short enough. Slow cinema is getting longer. The longest to date is Anders Weberg Ambiancé, a 720-hour long film. Watching a movie that long is a different endeavor than watching one that has a more traditional duration. One could experience it as an animated portrait or still life. Watching slow cinema doesn’t need to be a full-on focused event. You can go in and out of it, have dinner, take a nap, and come back to it. It is not about comprehension but experiencing the work. It becomes ingrained in your daily life, similarly to cat video feeds.

I am underwhelmed by Freitag and bored with Aristotle’s unified plot. My work has been an exploration of alternative narratives and visual dialects. During the pandemic, animation production has not changed much. The internet has been flooded with Memes proclaiming this fact. But the outside world has slowed down, dramatically so. I have, with initial reluctance, embraced the slowing down of daily life, of time. Although, not the animation production part, which is still anxiety-driven, maybe even more so. Time is a subjective artificial construct, and I have been obsessed with the experience of its passing, concepts like boredom, slowness, patience, waiting, and wasting, the evolution of the use of time. Ironically as life has come to a screeching hold, we waste less time than during our high-paced pre-pandemic world. I teach at three different colleges in New York, now without commuting, maintaining proper hygiene habits, and getting dressed. Time moves at a different pace. My life has transitioned from movement-image to time-image, transcendental, slow, introspective. I rewrote my syllabi to be compatible with this time shift and quarantine. This semester I had my confined to home students recreate scenes from Yasujirō Ozu’s Tokyo Story (1952), translating a transcendental cinema masterpiece into a Post-postmodern one. All within the confines of home driven by life during a pandemic.

The Coronavirus has made me embrace Deleuze’s time-image editing and transcendental cinema tools. My two most recent films are an exploration of slow animation—long boring animated films within the short film format; an attempt to use boredom without being boring. As I have more time now, I also want to waste it less with menial labor. As my films are slowing down, I employ automated techniques to save time. Procedurally cloned MoCap loops instead of manually keyframing and autonomously generated soundtracks through Quad Note Generators using Euclidian patterns and algorithmic drum sequencers. I have set myself a set of rules for production based on slow cinema tools. Going against the grain of film grammar, I use a minimal amount of cuts, preferably none, employing the long take, the static frame, and minimal coverage. Animators don’t employ coverage anyway; we only animate what we need and make more if needed. The soundtrack is comprised of only diegetic sound. Images over dialogue; show don’t tell to the extreme. The actors don’t act, and movement is reduced to a minimum. The action comes from understated MoCap data with names like Sleeping Idle, Lying Down, and Weight Shift. I might keyframe blinking eyes, but preferably have code do it for me. One of the reasons why I make 3D computer-generated animated films is the control over the complete process. However, I am letting go of this control. I am manipulating my software and hardware like Ben Laposki, and Mary Ellen Bute manipulated their oscilloscopes; algorithmic aided animation. From micromanager to composing independent visual components. The techniques of slow cinema are distancing. I am creating a distance between myself and my film. I am taking a step back from narrative and process, inviting the audience to participate, reinterpret, and rewrite.

We need to rethink the need for comprehension in film. We don’t have to understand everything. John Keats already concluded this in 1817 when he wrote to his brother, “I mean negative capability, that is when man is capable of being in uncertainties, mysteries and doubts without any irritable reaching after fact and reason.” It is also ridiculous to expect to be entertained by art; you should be challenged by it. Can transcendental animation be a solace for a fragilized humanity? As life slows down, can we use our enlarged bandwidth for more nothingness, for fewer cuts, less action, post-cinema, post-narrative, for animated slow cinema? We are in a time-movement experience, a mise en abyme of life imitating art. I would argue that we are ready for transcendental animation, as we have already mastered the art of wasting time, consuming an endless feed of cats, raccoons, and furry potatoes.

Click here to cancel reply.
Shine
Art is suffering, and that is OK.