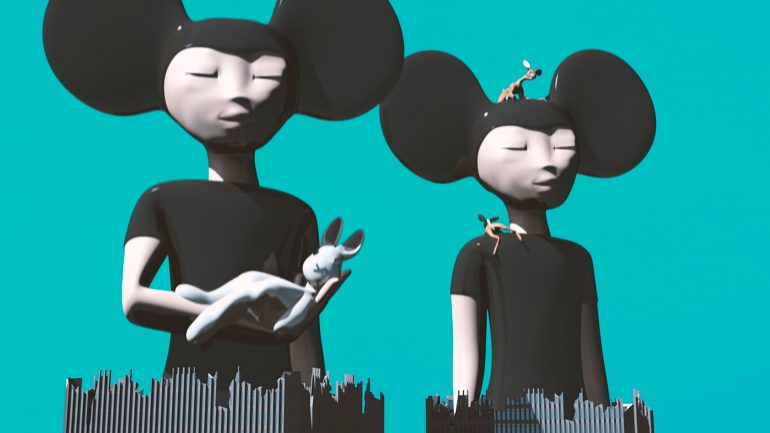 This Ain’t Disneyland – It’s a whole new world and no one cares.

A surreal personal account of the New York September 11 attacks, by juxtaposing the destruction of the Twin Towers and Disney neo-archetypes.

Amoricania from Faiyaz Jafri on Vimeo.

The September 11 attacks on the WTC happened in my backyard. For somebody living in the West, growing up in the Netherlands, with all the privileges of my generation, this was the closest I had ever been to a war. It had quite an impact on me and I didn’t deal with it well, which is something I am embarrassed about.

Disney is the wholesome entertainment I grew up with, but it also represents the mediocrity of pleasing everyone while not offending anyone. Disney embodied the idea of the America we all loved and it is the distorted version of that idea that eventually lead to the September 11 attacks.

This film is not about the big conspiracies, terrorism, fundamentalism, hate or love. This film is about how close, good and bad, wrong and right, innocence and perversion can be. This is my film about my twin towers and how I miss them.

The title “This Ain’t Disneyland” is based on what a policeman says to Jules and Gedeon Naudet while they were filming their documentary 9/11.

The intro and outro song were inspired by lyrics my son sings as a mockery to the Disney anthem.