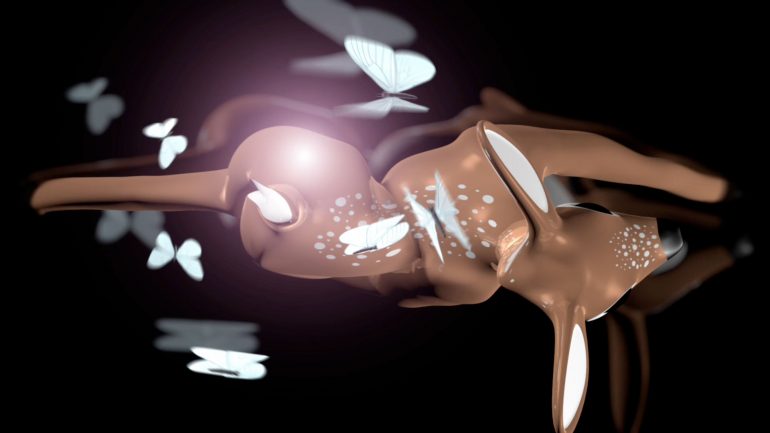 My 10 second film Masculine Feminine, commissioned by Denver Digerati will screen in Denver from May 1st till June 30th 2015.
The piece is an exploration of the ambiguous sexuality of Disney’s Bambi.
More info on Denver Digerati.

Masculine Feminine on location in Denver for the Denver Digerati’s 2015 10 Second Film Festival.

Denver Digerati commences our 2015 season of exclusive public programming with the “Ten-second Film Festival,” a concept that has been brewing ever since the introduction of the first LED screen in the Denver Theatre District back in 2010. The Ten-second Film Festival will activate all five of the District’s LED screens with digital animations and motion-art by leading artists from around the world. The brief duration is derived by the screen protocol which limits all content to 10-seconds, presented in a rotation that repeats on a quick cycle throughout the day. Denver Digerati has selected ten artists, eight of whom have supported our unique Friday Flash programs in the past three years, commissioning each to create a unique 10-second artwork that will enter the screen rotations from May 1st through the end of June. The effort presents a much needed respite from commercial programming that dominates the screens throughout the year, and also serves as a precursor for our upcoming Friday Flash programs that will commence in June. Artists who have been commissioned for the inaugural 10-second Film Festival are: