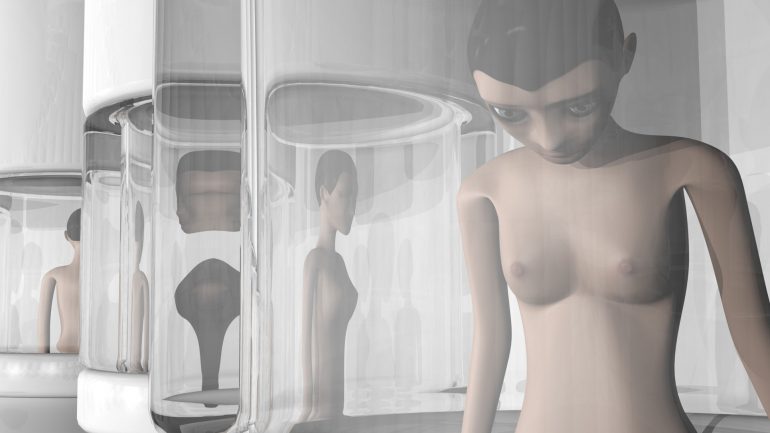 Planet Utero
Written, directed and composed by Faiyaz Jafri
Soundtrack produced and mixed by David Barratt at The Abbatoir Of Good Taste (NYC)

Synopsis: In a far off galaxy a young girl’s escape from a dystopian suburban planet has unforeseen consequences. 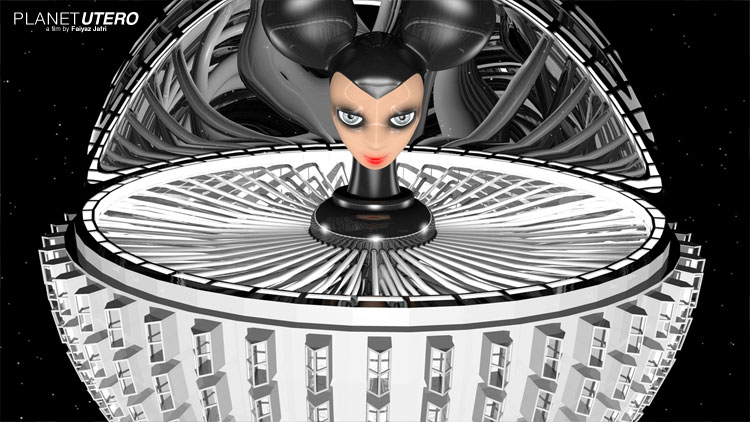 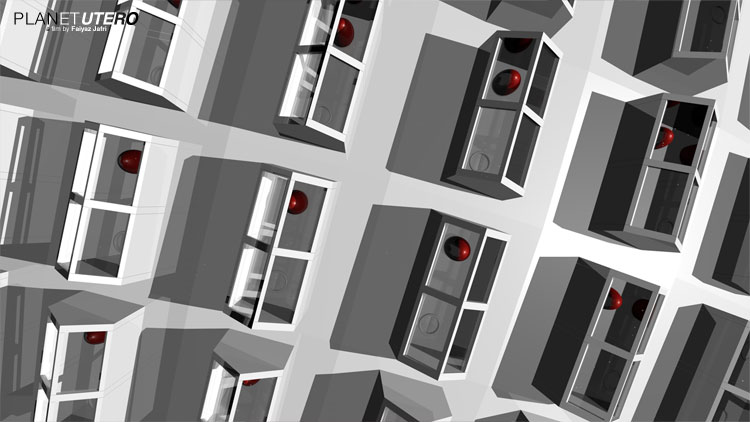 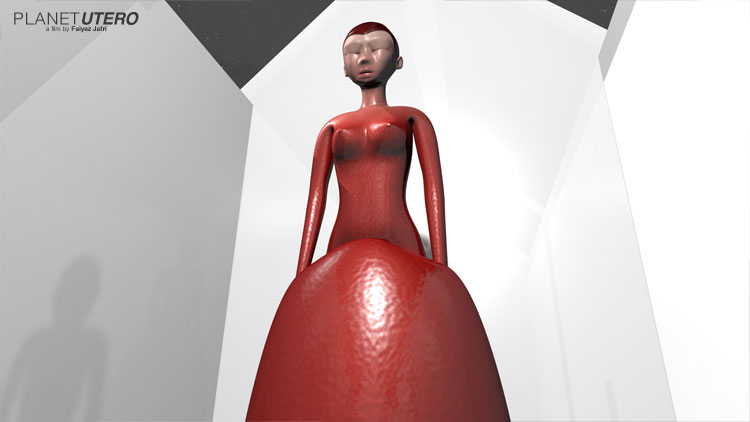 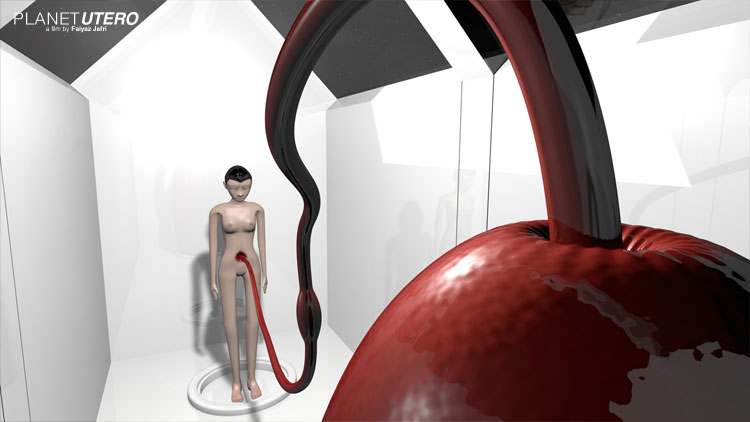 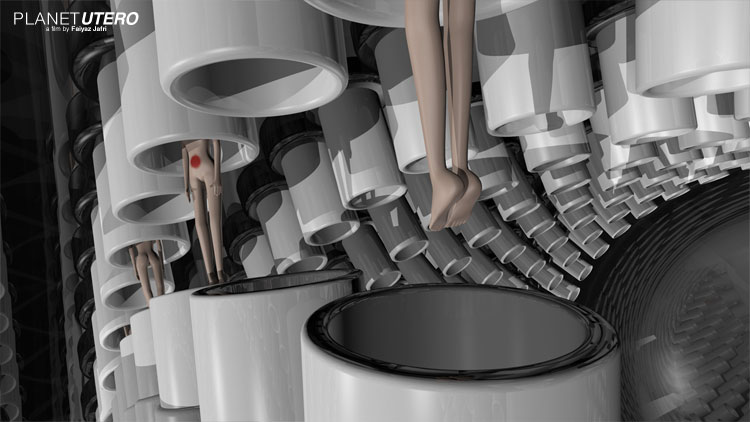 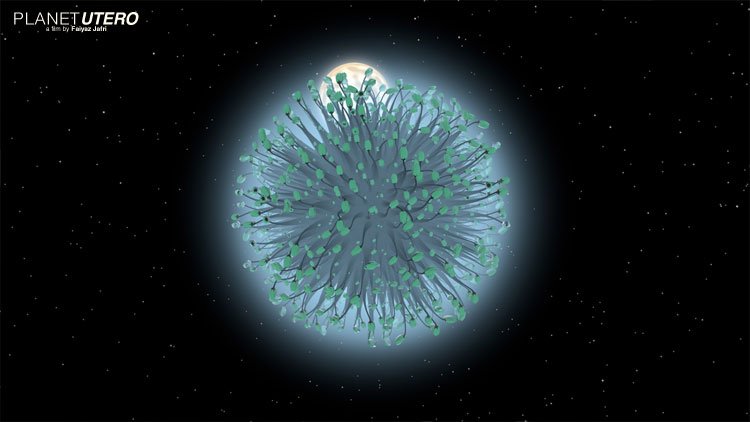 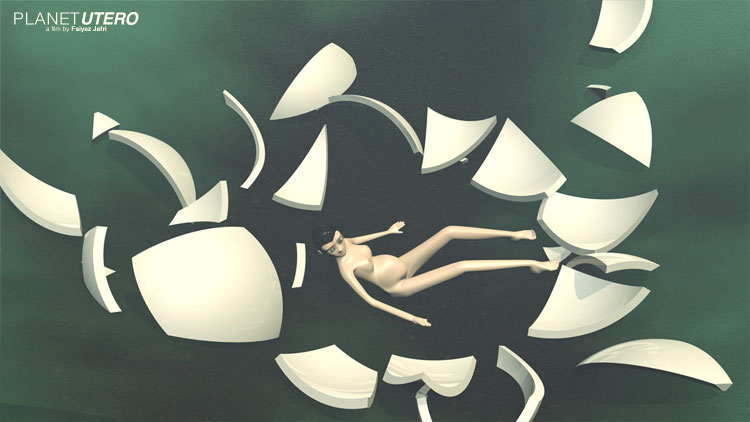 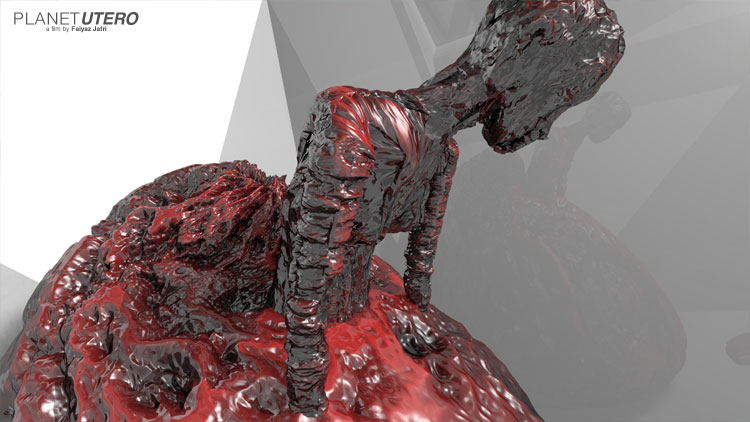 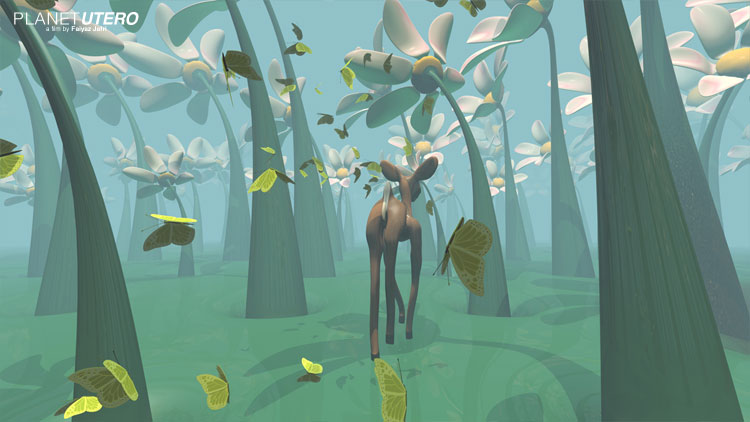 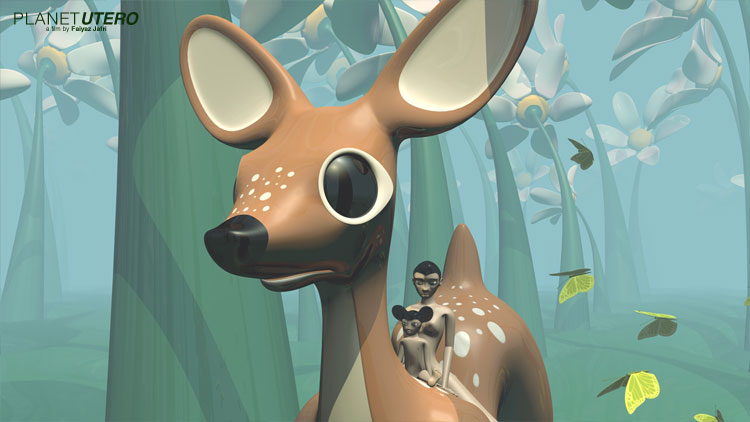 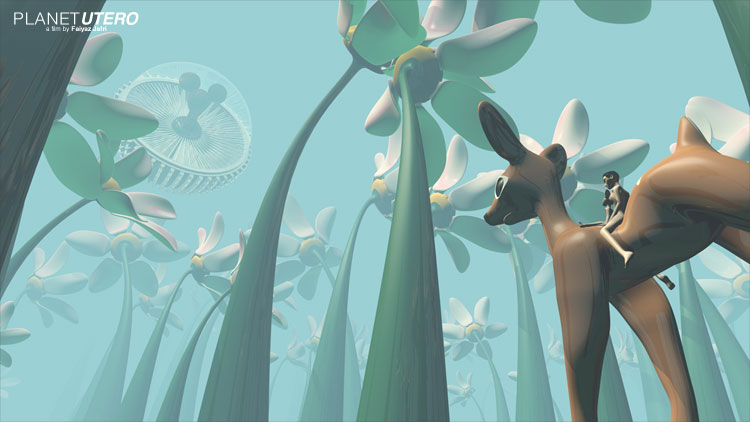 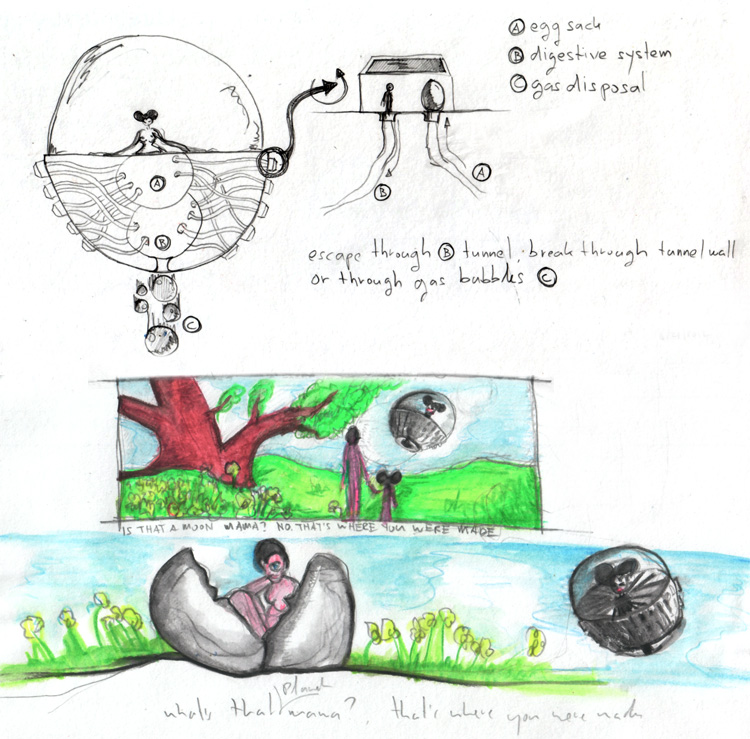 Long Synopsis:
Planet Utero, a suburban planet with 288 identical houses evenly distributed on its lower hemisphere and the head of Miss Mouse under the top transparent hemisphere, orbits in space, excreting bubbles.

Miss Mouse awakes and a red human size egg enters in each house through a trap door in the floor. The egg melts away to reveal an upright sleeping naked girl. Another egg appears opposite the girls. The eggs sprout tentacles, which pierce and suck something out of the girls’ abdomen. The tentacles retract and the pierced girls are disposed off through the trapdoor. The remaining eggs melt away and reveal again upright sleeping naked girls. New eggs appear through the trapdoor across the girls and the same sequence repeats itself again, continuously.
The disposed off girls slide through a tube into the planet’s cloaca. Here they are encased in waste bubbles and excreted into space.

By chance, Luh, one of the girls, wakes up. She instinctively grabs the tentacle before being pierced and rips it apart from the egg. She falls through her trapdoor and ends up leaving the planet as all the other girls inside a waste bubble.

Luh’s bubble crashes on a green planet. She brakes out of it and gives birth to her child surrounded by giant daisies, deer, ladybugs and butterflies.

Back on planet Utero, the egg with the torn tentacle dies and rots away. As a result the ecosystem of the planet fails and Miss Mouse dies as well.

Some years later Luh and her child are riding a giant deer on the green planet. The child sees a large orb in the sky and asks in a foreign tongue ”Mama, what is that funny looking moon?” The mother replies “That is no moon, little one. That’s where you were made.” The big orb is in fact the deceased planet Utero passing by the green planet. The child asks, “Is that where my father is?” “No, little one. I am your father.” The mother replies. Planet Utero passes by and disappears.