After pushing through the magic mirror our heroin enters a flat world with clear blue skies. Her skin is normal. She descends a large staircase construction, enters a large empty surface, where she walks to the edge, which is the façade of a New York downtown tenement building. She climbs down the fire escape and enters an apartment through a window. She walks through the apartment passing a life-size golden vibrator, exits the place and descends to the basement of the building. In the basement she finds a U.F.O. hangar and flies away in one into an artery. Exiting the artery the U.F.O. enters a microbial world with large carnivorous polyps. One of these polyps eats the U.F.O. Inside the polyp the girl gets out of the U.F.O. and gets stabbed by a humongous pointy tentacle. Her dead body morphs with the polyp, which transforms into a head with four faces and explodes into a white nothingness. 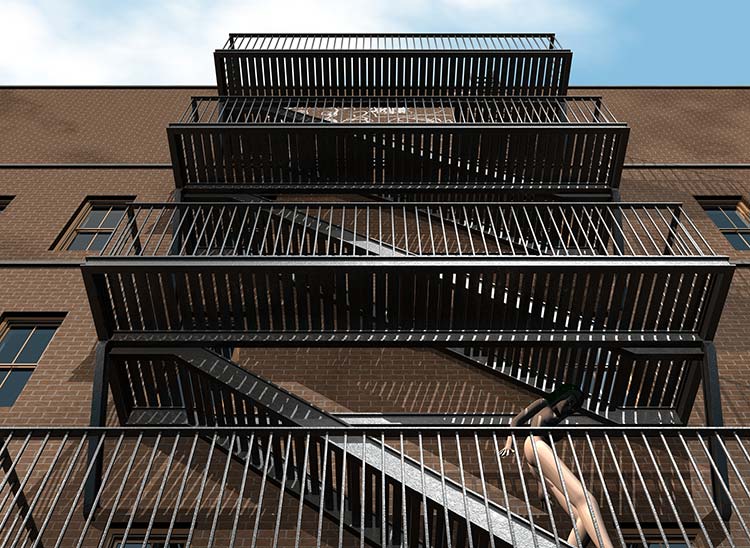 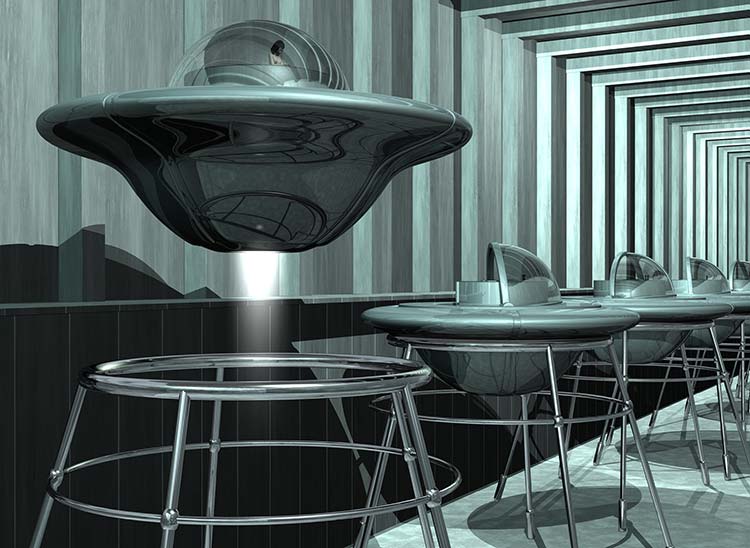 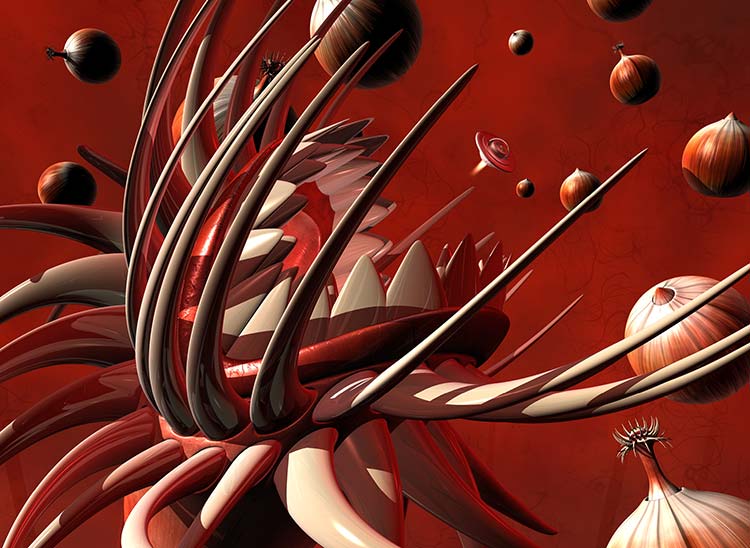 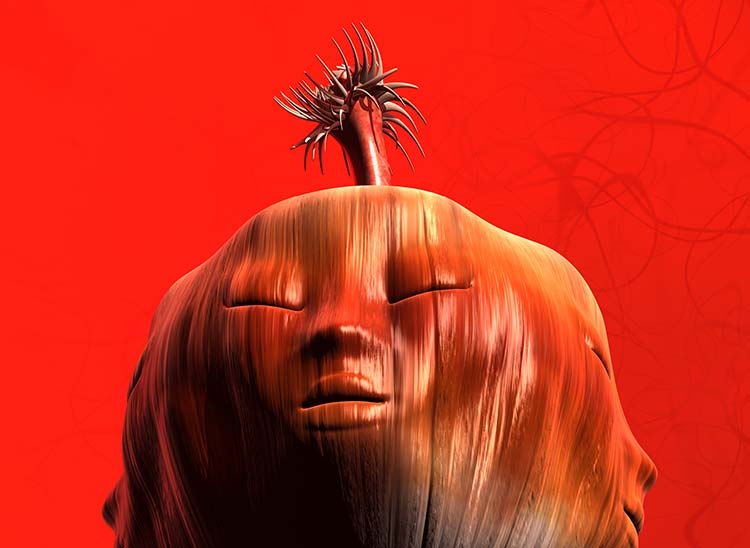 In art there are numerous recurring themes that have become neo-archetypes. One of the most intriguing is the Nude Descending Staircase.
In 1912, inspired by Eadweard Muybridge’s photographic motion studies, Marcel Duchamp created “Nude Descending a Staircase No. 2”.
On a weekly basis, from 2008 till the end of 2012, Faiyaz Jafri published images for NDS, a graphic novel inspired by Duchamp’s piece, incorporating other neo-archetypes.
This book is the ninth one in a series of 13 volumes of the NDS saga.

*neo-archetypes are archetypes that don’t take a generation to form, but occur due to accessibility of unlimited data. 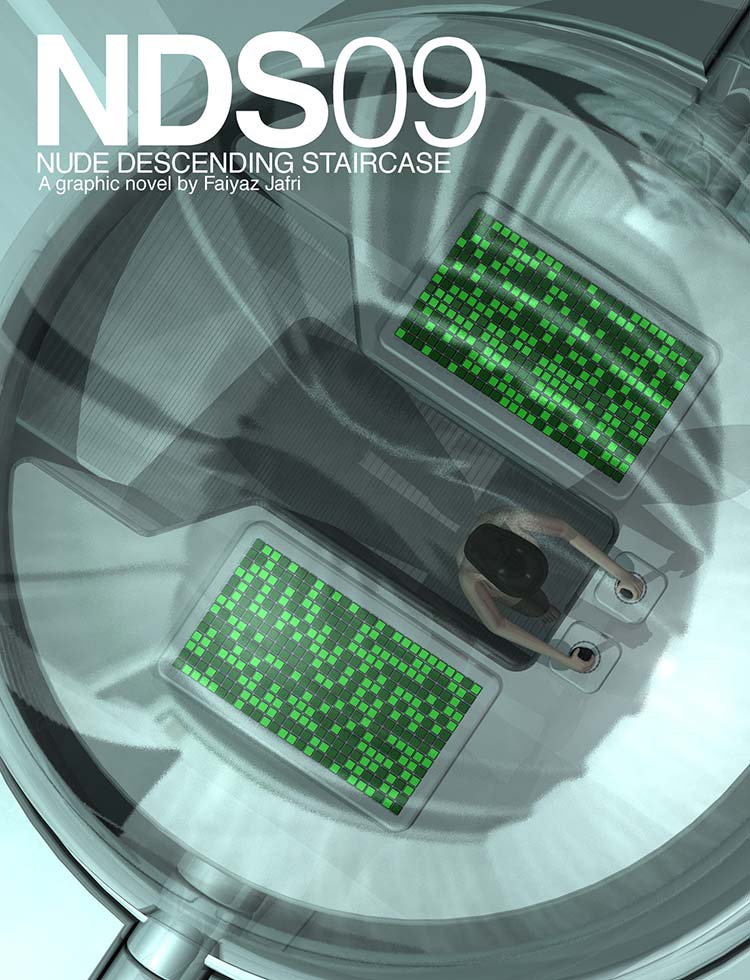